I am an International and US history PhD candidate currently bouncing around the world on research, and I will be a Fulbright-Hays DDRA Fellow in Indonesia during the 2017-2018 academic year. My dissertation traces the history of the International Labor Organization's (ILO) post-1945 global development agenda that intersected with postcolonial modernization efforts in India and Indonesia. Why would postcolonial India or Indonesia turn to the ILO, led by a former New Deal labor bureaucrat? The ILO's message of corporatist labor peace offered a route to economic sovereignty and thus found a sympathetic audience in the developing global South that embraced the ILO in the 1950s and 1960s. Together, all parties collaborated via technical assistance to make labor. In a similar vein, the Nobel Peace Prize committee selected the ILO to receive the Peace Prize in 1969 due to its global campaign of technical assistance and for social justice. The prize became a pyrrhic victory before the welter of the 1970s. The ILO struggled to survive in a world dominated by the Washington Consensus, production flight to Asia, and structural adjustment. And as the ILO's 100-year jubilee nears in 2019, the ILO faces an unsteady future.

Why study the ILO? An outside observer may consider the ILO to be a mundane, dusty arm of the UN. Even to my surprise, the ILO is a window into a wider history of capitalism's diffusion and the rise of globalization in Asia. My spelunking in the ILO's archive points to a globe-spanning institution that earned the Nobel Peace Prize for its unparalleled efforts to build industrial sovereignty. The ILO's history narrates tectonic changes in the meaning of labor and the life cycle of industrial political economy. Rather than a fleeting curiosity of the past, the ILO is indispensable in explaining global economic transformations during the twentieth-century that resulted in globalization and staggering levels of inequality found in the United States and around the world.

My graduate career has been supported by multiple academic year and summer Foreign Language and Area Studies (FLAS) fellowships for Indonesian and Arabic, the Mellon Foundation, presidential library grants, and grants from the University of California. I spend inordinate amounts of time searching for accessible swimming pools while away on research. My profile picture was captured after I earned distinction on my PhD qualifying exam. The pastry wrapped in wax paper? It's an apple cloud. And like this photo, it's courtesy of my dear friend Derek.

"Djakarta is Coming / Djakarta Se Acerca: The Global Turn to the Market & The ILO's Near Demise" OAH, 2018

"The Beep Heard 'Round the World?" — GWU-USB-LSE Graduate Student Conference on the Cold, April 2016 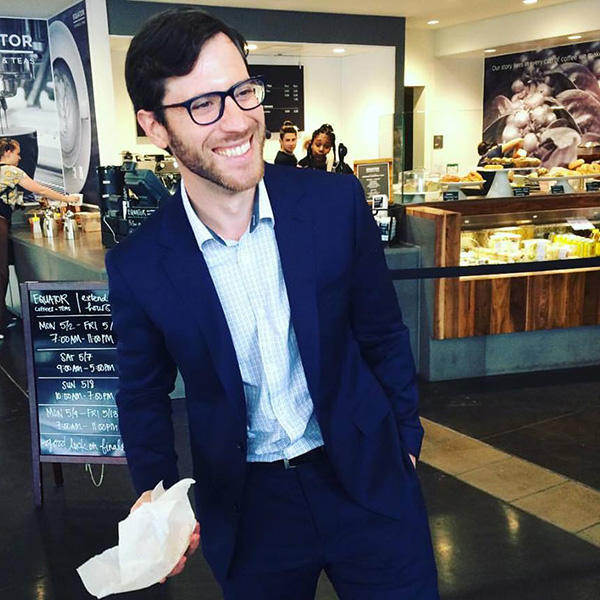