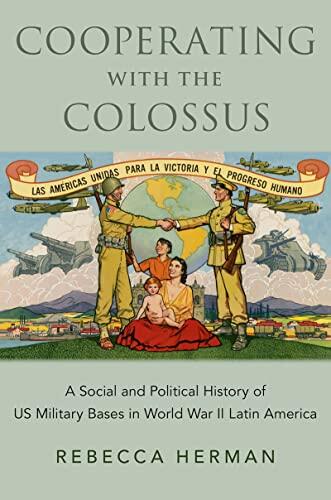 Cooperating with the Colossus: A Social and Political History of US Military Bases in World War II Latin America

During the Second World War, the United States built over two hundred defense installations on sovereign soil in Latin America in the name of cooperation in hemisphere defense. Predictably, it proved to be a fraught affair. Despite widespread acclaim for Pan-American unity with the Allied cause, defense construction incited local conflicts that belied the wartime rhetoric of fraternity and equality. Cooperating with the Colossus reconstructs the history of US basing in World War II Latin America, from the elegant chambers of the American foreign ministries to the cantinas, courtrooms, plazas, and brothels surrounding US defense sites. Foregrounding the wartime experiences of Brazil, Cuba, and Panama, the book considers how Latin American leaders and diplomats used basing rights as bargaining chips to advance their nation-building agendas with US resources, while limiting overreach by the "Colossus of the North" as best they could. 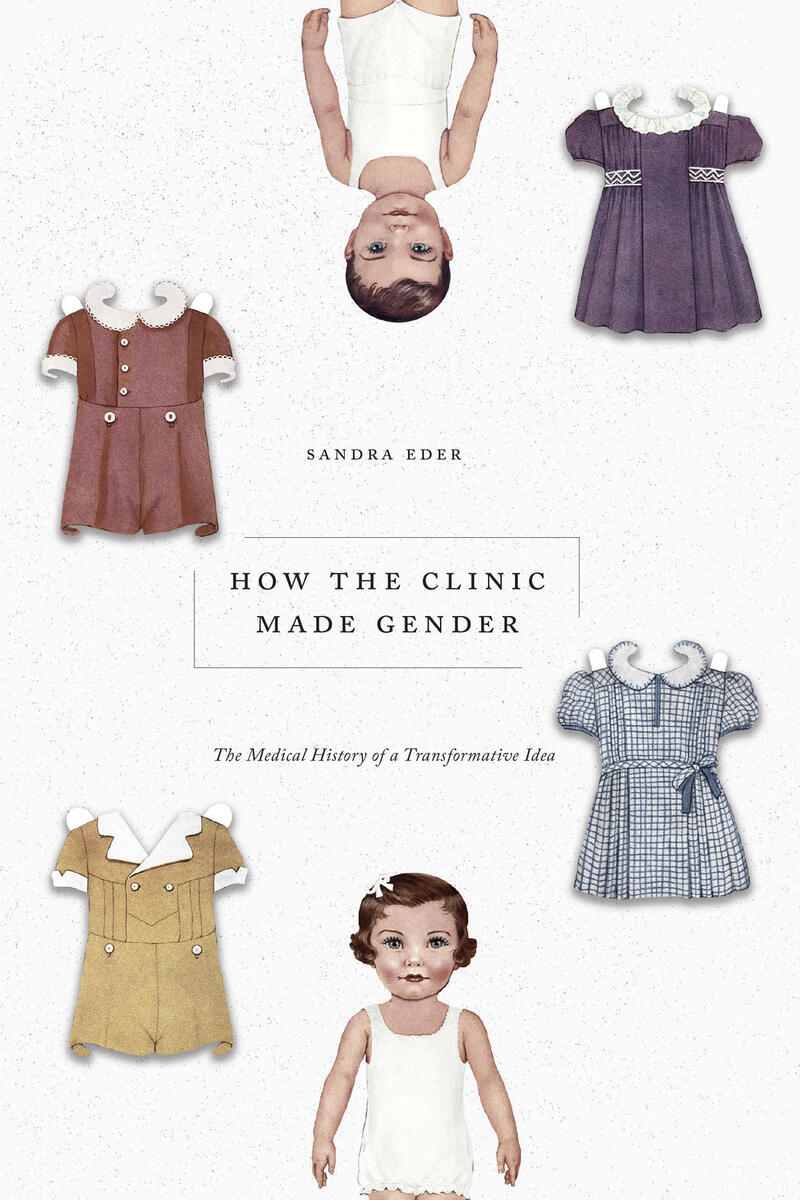 How the Clinic Made Gender: The Medical History of a Transformative Idea

In historicizing the emergence of the sex/gender binary, Eder reveals the role of medical practice in developing a transformative idea and the interdependence between practice and wider social norms that inform the attitudes of physicians and researchers. She shows that ideas like gender can take on a life of their own and may be used to question the normative perceptions they were based on. Illuminating and deeply researched, the book closes a notable gap in the history of gender and will inspire current debates on the relationship between social norms and medical practice. 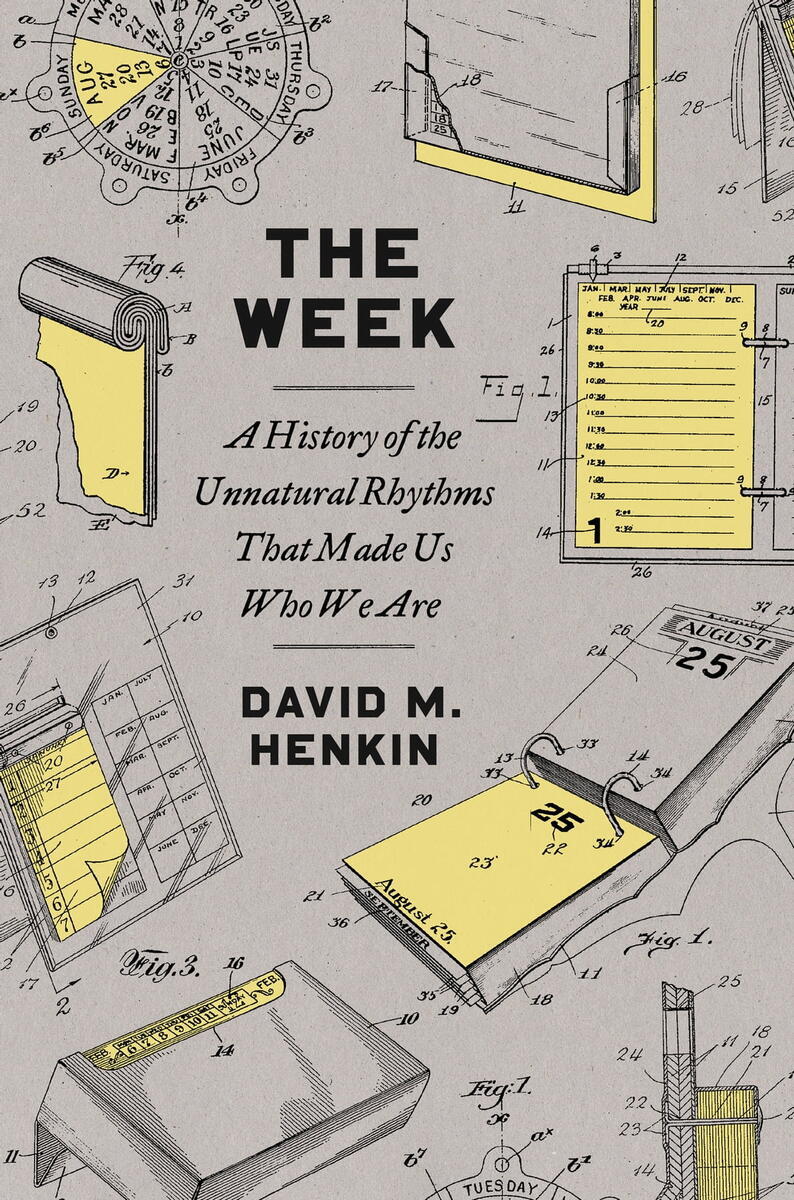 The Week: A History of the Unnatural Rhythms That Made Us Who We Are

With meticulous archival research that draws on a wide array of sources—including newspapers, restaurant menus, theater schedules, marriage records, school curricula, folklore, housekeeping guides, courtroom testimony, and diaries—David Henkin reveals how our current devotion to weekly rhythms emerged in the United States during the first half of the nineteenth century. Reconstructing how weekly patterns insinuated themselves into the social practices and mental habits of Americans, Henkin argues that the week is more than just a regimen of rest days or breaks from work, but a dominant organizational principle of modern society. Ultimately, the seven-day week shapes our understanding and experience of time. 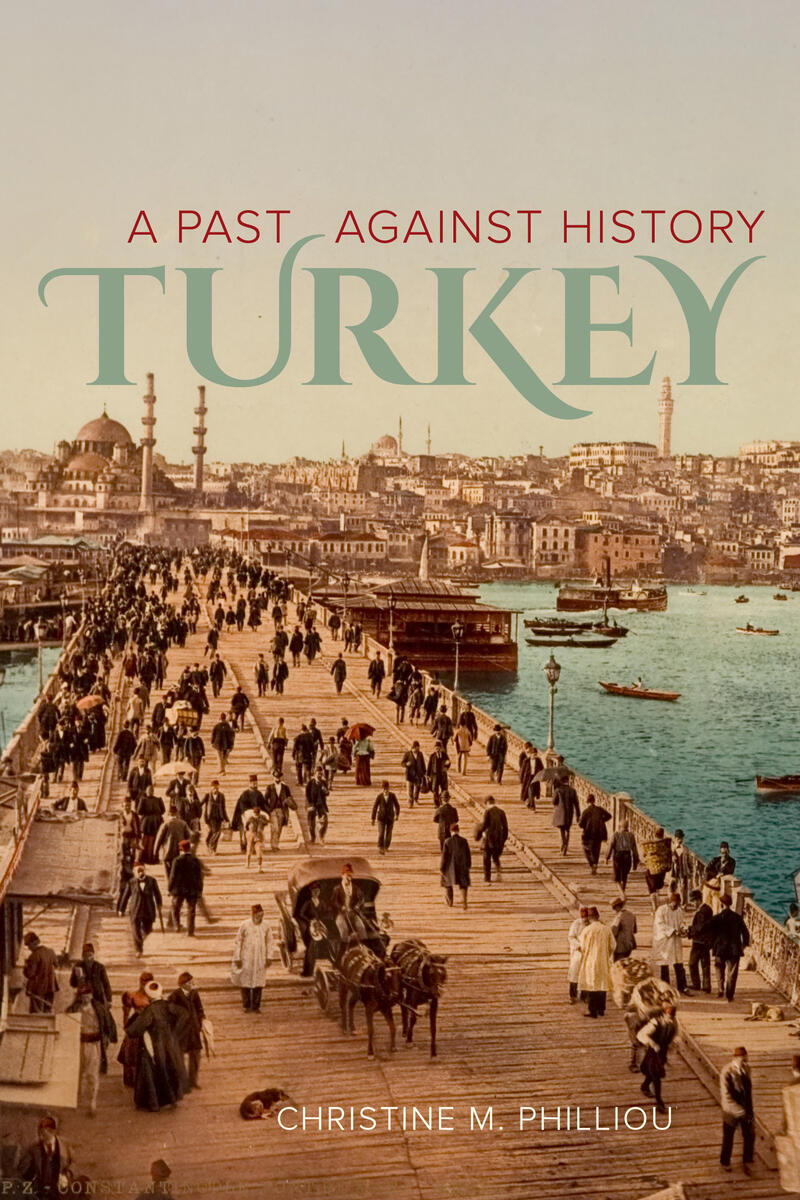 Turkey: A Past Against History

In this richly detailed alternative history, Christine M. Philliou focuses on the notion of political opposition and dissent—muhalefet—to connect the Ottoman and Turkish periods. Taking the perennial dissident Refik Halid Karay as a subject, guide, and interlocutor, she traces the fissures within the Ottoman and the modern Turkish elite that bridged the transition. Exploring Karay’s political and literary writings across four regimes and two stints in exile, Philliou upends the official history of Turkey and offers new dimensions to our understanding of its political authority and culture. 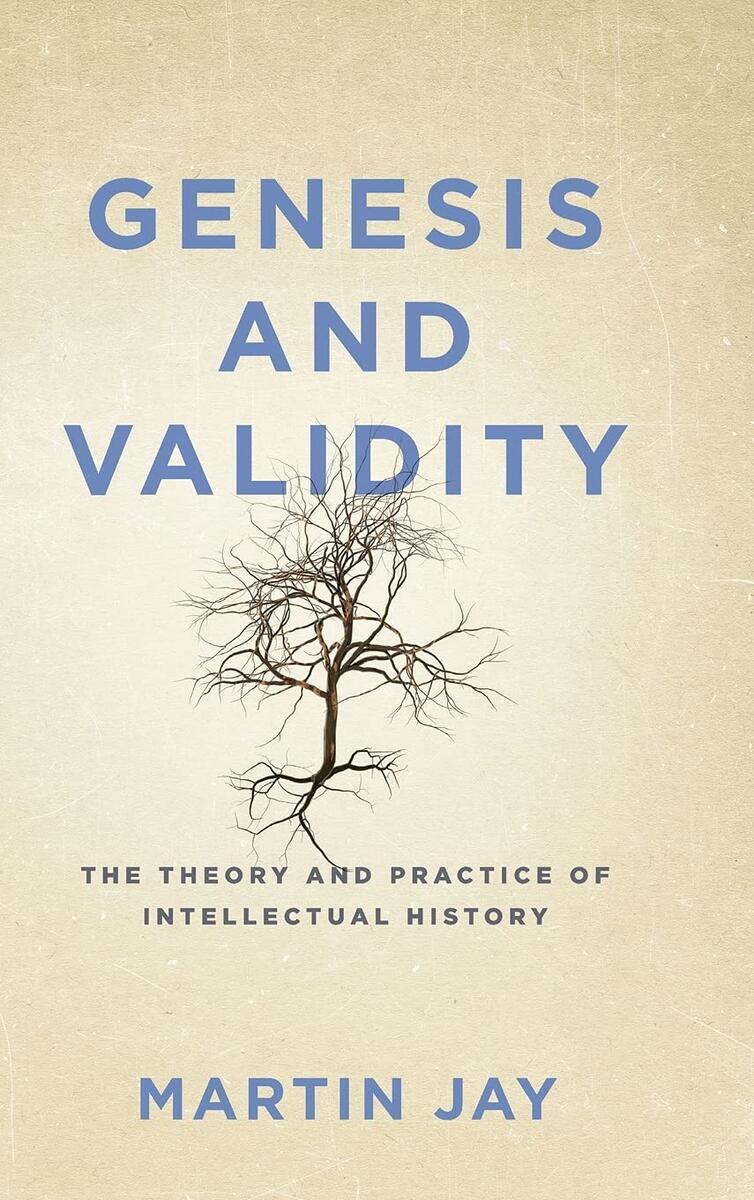 Genesis and Validity: The Theory and Practice of Intellectual History Hardcover

There is no more contentious and perennial issue in the history of modern Western thought than the vexed relationship between the genesis of an idea and its claim to validity beyond it. Can ideas or values transcend their temporal origins and overcome the sin of their original context, and in so doing earn abiding respect for their intrinsic merit? Or do they inevitably reflect them in ways that undermine their universal aspirations? Are discrete contexts so incommensurable and unique that the smooth passage of ideas from one to the other is impossible? Are we always trapped by the limits of our own cultural standpoints and partial perspectives, or can we somehow escape their constraints and enter into a fruitful dialogue with others? 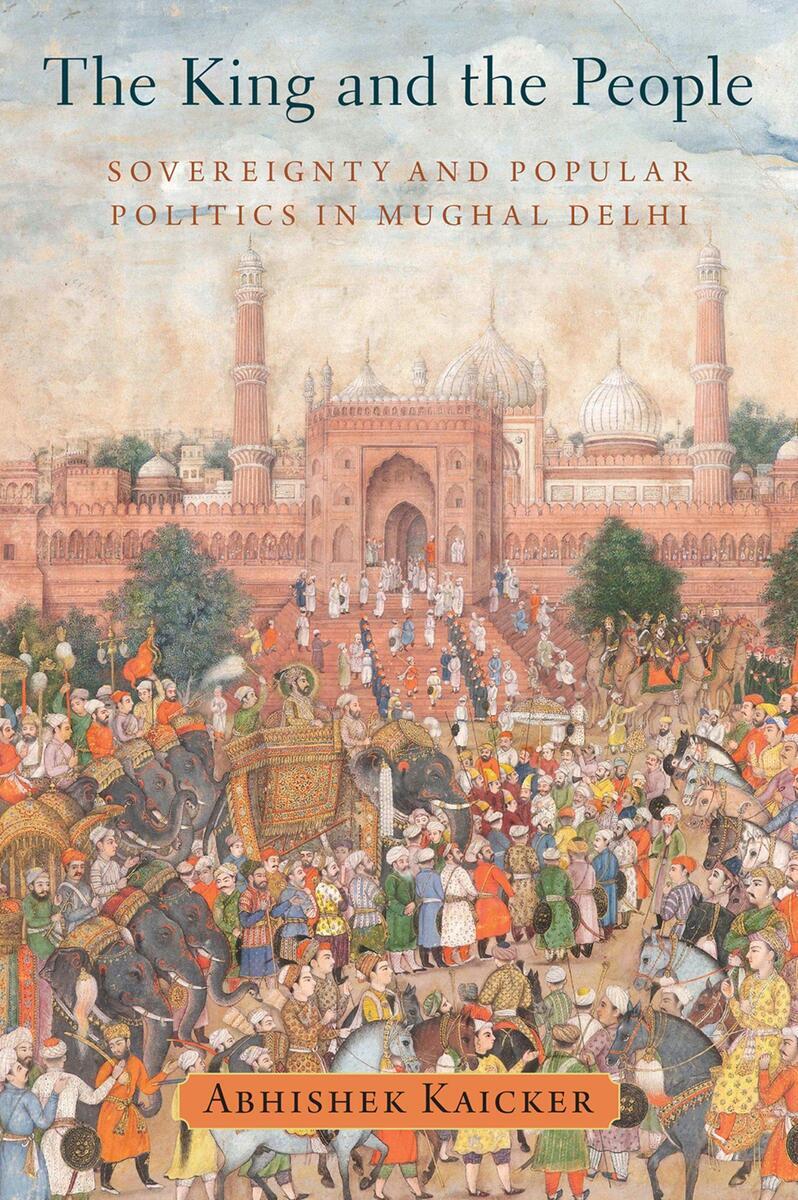 The King and the People: Sovereignty and Popular Politics in Mughal Delhi

An unprecedented exploration of the relationship between the Mughal emperor and his subjects in the space of the Mughal empire’s capital, The King and The People overturns an axiomatic assumption in the history of premodern South Asia: that the urban masses were merely passive objects of rule and remained unable to express collective political aspirations until the coming of colonialism. Set in the Mughal capital of Shahjahanabad (Delhi) from its founding to Nadir Shah’s devastating invasion of 1739, this book instead shows how the trends and events in the second half of the seventeenth century inadvertently set the stage for the emergence of the people as actors in a regime which saw them only as the ruled. 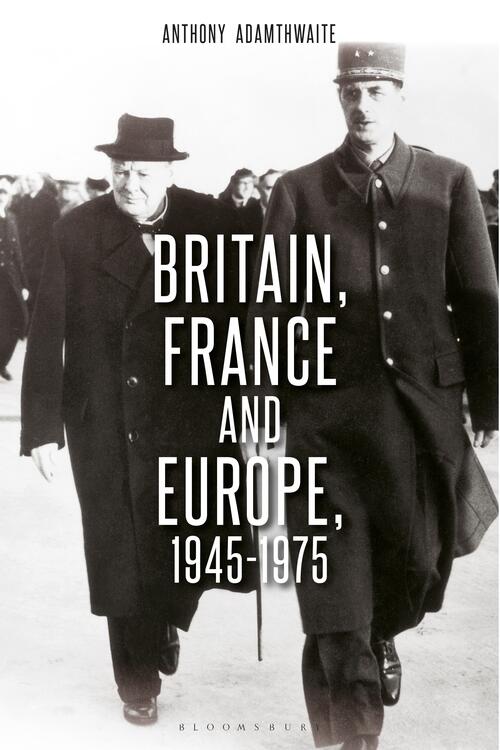 Britain, France and Europe, 1945-1975 takes a fresh look at the international trajectories of Europe's premier democracies. The side-lining of Britain and France in the Cold War era, argues Adamthwaite, was preventable. A Franco-British Europe came within a whisker of realization. Condemning President Charles de Gaulle as an intransigent gatekeeper created a convenient alibi for self-inflicted missteps. UK bids for European Community membership ignored the elephant in the room - the need for partnership in a superpower age. A marriage powering the Community could have repositioned Western Europe as partner, not client of the United States. 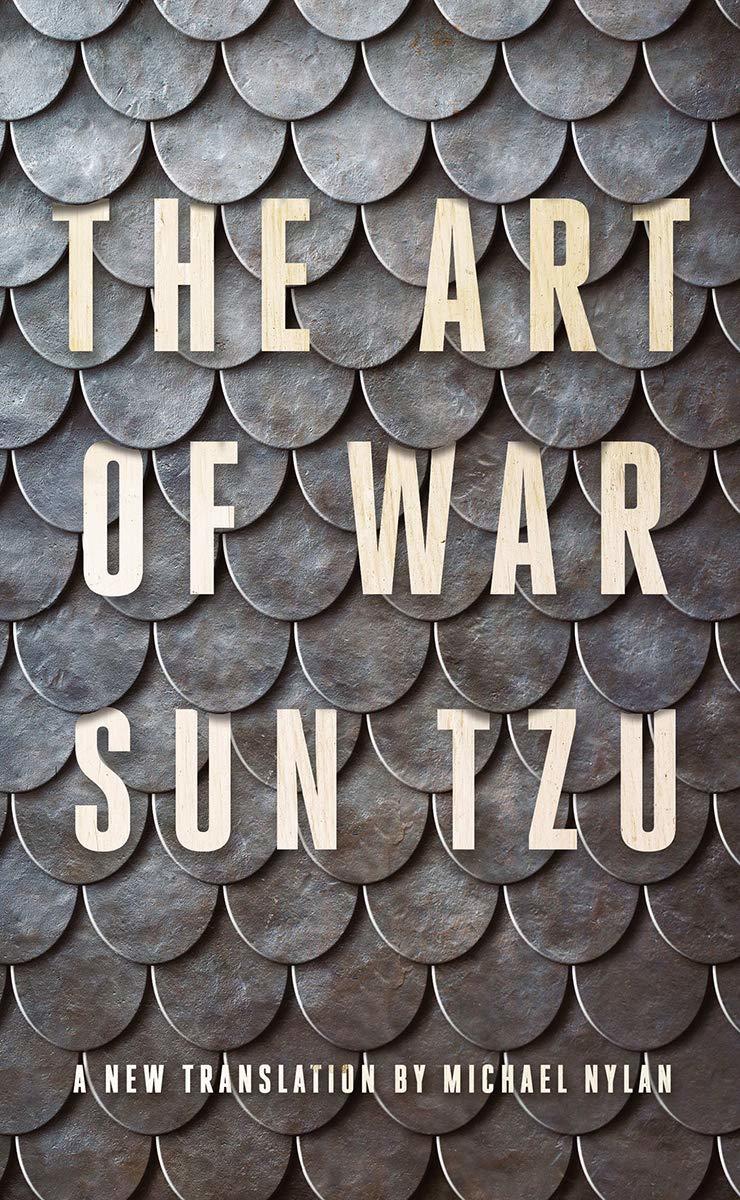 The Art of War: A New Translation by Michael Nylan

The Art of War: A New Translation by Michael Nylan

Sun Tzu’s ancient book of strategy and psychology has as much to tell us today as when it was first written 2,500 years ago. In a world forever at odds, his rules for anticipating the motivations and strategies of our competitors never cease to inspire leaders of all kinds.

Nylan’s crisp translation “offers a masterly new evaluation of this classic work, which balances the overtly military content with a profound and thought-provoking analysis” (Olivia Milburn). Readers newly engaging with ancient Chinese culture will be inspired by Nylan’s authoritative voice. Informed by years of scholarly study, Nylan is uniquely placed to introduce readers to Sun Tzu’s classic work through her detailed annotations on culture and the intricacies of translating ancient Chinese into modern English. She proves that Sun Tzu is more relevant than ever, helping us navigate the conflicts we know and those we have yet to endure. 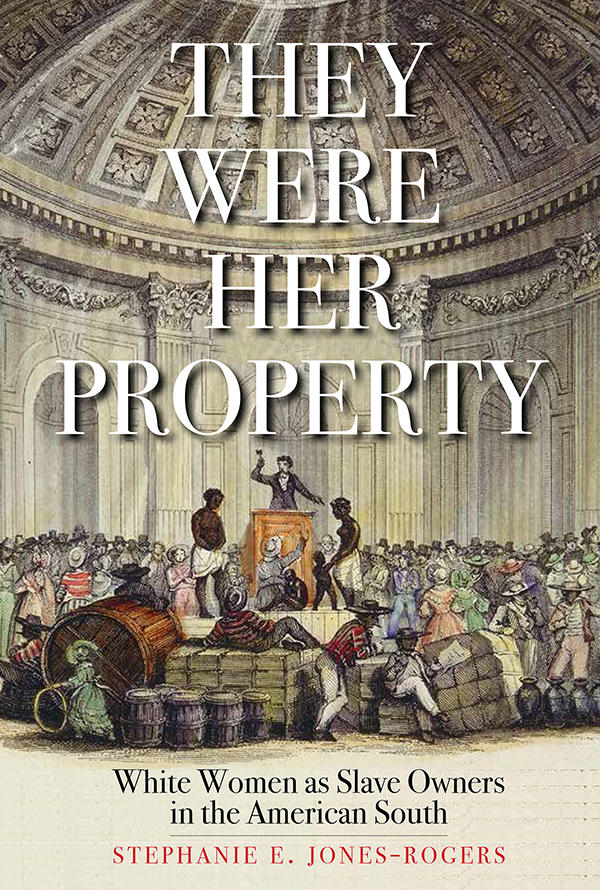 They Were Her Property: White Women as Slave Owners in the American South

Bridging women's history, the history of the South, and African American history, this book makes a bold argument about the role of white women in American slavery. Historian Stephanie E. Jones-Rogers draws on a variety of sources to show that slave-owning women were sophisticated economic actors who directly engaged in and benefited from the South's slave market.

Because women typically inherited more slaves than land, enslaved people were often their primary source of wealth. Not only did white women often refuse to cede ownership of their slaves to their husbands, they employed management techniques that were as effective and brutal as those used by slave-owning men. White women actively participated in the slave market, profited from it, and used it for economic and social empowerment. By examining the economically entangled lives of enslaved people and slave-owning women, Jones-Rogers presents a narrative that prompts a rethinking of women's history and the history of slavery.