Paula S. Fass is the Margaret Byrne Professor of History Emerita at the University of California at Berkeley, where she taught for thirty-six years. She has also been Distinguished Scholar in Residence at Rutgers University, New Brunswick.

Trained as a social and cultural historian of the United States at Barnard College and Columbia University, she has over the last two decades been active in developing the field of children's history and worked to make this an interdisciplinary field with a global perspective. She was the President of the Society of the History of Children and Youth, which she helped to found, from 2007-2009.

Her books include Children of a New World: Society, Culture, and Globalization (2007); Kidnapped: Child Abduction in America (1997); Outside In: Minorities and the Transformation of American Education (1989); The Damned and the Beautiful: American Youth in the 1920s (1977). With Mary Ann Mason, she edited Childhood in America (2000), the first anthology in children's history. She was Editor-in-Chief of the award-winning Encyclopedia of Children and Childhood in History and Society (2004) and in the past three years published two other edited volumes on the subject of childhood: Reinventing Childhood After World War II (with Michael Grossberg) in 2011, and the Routledge History of Childhood in the Western World published in 2013. Her family memoir, Inheriting the Holocaust: A Second Generation Memoir (2009) recounts and examines her experiences as the daughter of concentration camp victims eager to understand the history of her new country and culture.

Her new interpretive history of parents and children in American history over the course of two hundred years, from the founding of the republic through the global era, is entitled The End of American Childhood: A History of Parenting from Life on the Frontier to the Managed Child (2016, Princeton University Press).

Paula Fass has contributed to many collections in areas such as education, immigration, globalization, children's history and children's policy. She toured Italy as a Department of State lecturer in 2006, and was Kerstin Hesselgren Professor in Sweden in 2007. She has also lectured in Germany, Poland, Chile, France, Turkey, and Israel. Paula Fass often appears on radio and television as a commentator on childhood in history and contemporary culture and has been widely interviewed on celebrity trials and the kidnapping of Charles Lindbergh, Jr.

Among her various honors and recognitions, Fass has an honorary Doctor of Philosophy Degree from Linkoping University in Sweden, and has held fellowships from the Guggenheim Foundation, the Rockefeller Foundation, the National Endowment for the Humanities (three times), and the Spencer Foundation. She was twice a resident fellow at the Center for Advanced Study in the Behavioral Sciences at Stanford. She is deeply honored to be a member of the American Philosophical Society.

Lectures on the History of Childhood

"The End of American Childhood: What Has Changed?" November 9, 2016, Center for Child and Youth Policy, 4-5PM at The Women's Faculty Club

"Is There a Story in the History of Childhood?" Distinguished Lecture Series,Palo Alto University, Palo Alto, California, October 17, 2012

Keynote Address, International Standing Conference for the History of Education (ISCHE)"Globalization and Youth: Past, Present, and Future," Geneva, Switzerland, June 30, 2012

"Crossing Boundaries: The Intellectual Opportunities and Logistical Challenges of Exploring the Histories of Children," Society for the History of Children and Youth, New York, June 23, 2011.

Lectures based on Inheriting the Holocaust

University of Tel Aviv Department of History and Program in Central and Eastern European Studies, May 6, 2013

"Adolescence is no longer a bridge between childhood and adult life," Aeon

Why Hillary Does not Get the Youth Vote, blog post, Princeton University Press, April 18, 2016

The End of American Childhood: A History of Parenting from Life on the Frontier to the Managed Child (Princeton University Press, 2016).

The Routledge History of Childhood in the Western World, edited by Paula S. Fass (Abrington, U. K., and New York: Routledge, 2013).

"A Historical Context for the United Nations Convention on the Rights of the Child," Annals of the American Academy of Political and Social Science, #633 (January 2011), 17-29.

"The World is at Our Door: Why Historians of Children and Childhood Should Open Up," Journal of the History of Childhood and Youth, 1 (Winter 2008), 11-31.

Children of a New World: Essays in Society, Culture, and the World (New York University Press, 2007).

Editor-in-chief, The Encyclopedia of Children and Childhood in History and Society, Macmillan Reference, 2004 — named by Choice as Outstanding Academic Title for 2004 and by the Reference and User Services Association of the American Library Association as one of its Outstanding Reference Sources for 2005.

Outside In: Minorities and the Transformation of American Education (Oxford University Press, 1989; paperback, 1991).

"Richard Hofstadter: A Bibliography," in The Hofstadter Aegis: A Memorial, edited by Stanley Elkins and Eric McKitrick (Knopf, 1974) pp. 368-84. 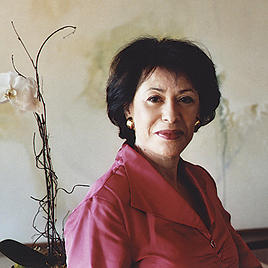