My research focuses on the ancient Roman world, with particular interests in the political and cultural history of the period c. 200 BCE–300 CE; the historical geography of the Roman empire, especially in the Roman West; and comparative ancient empires.

I am currently at work on three research projects of varying scope that address these topics. The first is a monograph, under contract with Princeton University Press and tentatively titled Empire of Laws: Lawmaking and Imperialism in the Roman Republic, on the relationship between law, imperialism, and political culture in the middle and late Republic. This book project investigates the role of legal mechanisms, especially statutory law, in structuring Republican imperialism. Its central thesis is that the conquest, annexation, and material exploitation of overseas territories during this period were all propelled by a distinctively republican form of ordering the world, a form reflected above all in the legal apparatus of empire. In connection with this project, I am also part of a team preparing a new, digital edition of Roman Statutes.

A second project is exploring the wild, dynamic, and sweeping Atlantic façade of the Roman world. In the context of the Roman empire as a whole, the Atlantic rim—a macro-region that traces a natural arc from southern Ireland and southwest Britain, across the Atlantic littoral of Gaul and the Iberian peninsula, to the Strait of Gibraltar and the far northwestern corner of the African continent—may be seen as a sort of ecological “frontier,” defined by the ocean itself. This Atlantic façade has been ignored in studies of the Roman empire as a political and economic system—unrecognized, it seems, as a coherent geographical unit of historical analysis. Through a series of articles (including a chapter in a Festschrift for Brent Shaw), conferences (including a seminar at the 2020 Society for Classical Studies Meeting), and edited volumes -- including The Roman Atlantic: Dynamics of an Ocean Frontier (under contract with Oxford University Press) -- I am investigating the long-term history of the Roman Atlantic with special attention to frontier zones, political economy, commercial networks, and provincial cultures and identities.

I am also producing, as an ongoing, third project, a series of comparative, article-length studies on the institutions and ideologies of the Roman and Han (Chinese) empires. Published and forthcoming work in this field has examined monumentality and monarchic ideology; urbanization and social control; urban associations and urban sociability; and monarchic ritual. Works in progress include studies of peripheral (“client”) kingdoms; the relationship between geography and imperial statecraft; and the intersection of “place,” memory, and culture in the two empires. This was the subject of the J. H. Gray Lectures at the University of Cambridge, which I delivered in May 2022.

In a related project, I am also part of the editorial team for a new comparative ancient history series with Cambridge University Press, Antiquity in Global Context.AGC will be oriented around the ancient Mediterranean world and will publish both comparative and connective studies. Comparative studies will investigate the states, societies, and cultures of the ancient world in an explicity comparative framework, drawing primarily on Mediterranean and Eurasian cases, but also turning, where appropriate, to case studies from Oceania and the Americas. Connective studies will situate the ancient Mediterranean in broader Eurasian and North African contexts, examining human and material connections with early China, the Indian Ocean world, and adjacent regions of West Asia, Egypt, and North Africa.

I continue to be interested in Roman imperial ideology and representation. My first book, Imperial Ideals in the Roman West (Cambridge, 2011), examined the figure of the Roman emperor as a unifying symbol for the western empire, and argued that the widespread circulation and replication of a particular set of imperial ideals, and the particular form of ideological unification that this brought about, not only reinforced the power of the Roman imperial state, but also increased the authority of local aristocrats throughout the western provinces, thereby facilitating a general convergence of social power that defined the middle Roman empire.

I have also written on (and maintain interests in) the material and visual cultures of the Roman empire; the topography and urban history of the city of Rome; Roman numismatics; Latin epigraphy; textual production and aristocratic self-representation in the early empire; and political thought in the Roman world.

* An Empire of Laws: Legislation and Imperialism in the Roman Republic (under contract with Princeton University Press).

* The Roman Atlantic: Dynamics of an Oceanic Frontier (under contract with Oxford University Press).

* "The City of Rome and the Formation of Value Systems," in M. García Morcillo and J. Richardson (eds.), City of Lights: Social and Cultural Topographices of the City of Rome (Edizioni Quasar, 2023).

"Monarchy, Benefaction, and Honorific in the Roman Imperial Greek polis," in M. Domingo-Gygax and A. Zuiderhoek (eds.), Benefactors and the Polis: Origins and Development of the Public Gift in the Greek Cities from the Homeric World to Late Antiquity (Cambridge University Press, 2021), 201-21.

"Private Associations and Urban Experience in the Han and Roman Empires," in H. Beck and G. Vankeerberghen (eds.), Rulers and Ruled in Ancient Greece, Rome, and China (Cambridge University Press, 2020), 102-30.

"Chang'an and Rome: Structural Parallels and the Logics of Urban Form," in M. Nylan and G. Vankeerberghen (eds.), Chang'an 26 BCE: From Drains to Dreams (University of Washington Press, 2015), 75-97.

"Self-fashioning in the Panegyricus," in P. Roche (ed.), Pliny's Praise: The Panegyricus in the Roman World (Cambridge University Press, 2011), 29-44.

"Coins and Communication," in M. Peachin (ed.), The Oxford Handbook of Social Relations in the Roman World (Oxford University Press, 2011), 248-68.

Z. Várhelhyi, The Religion of Senators in the Roman Empire: Power and the Beyond (Cambridge University Press, 2010), Bryn Mawr Classical Review 2011.04.40. 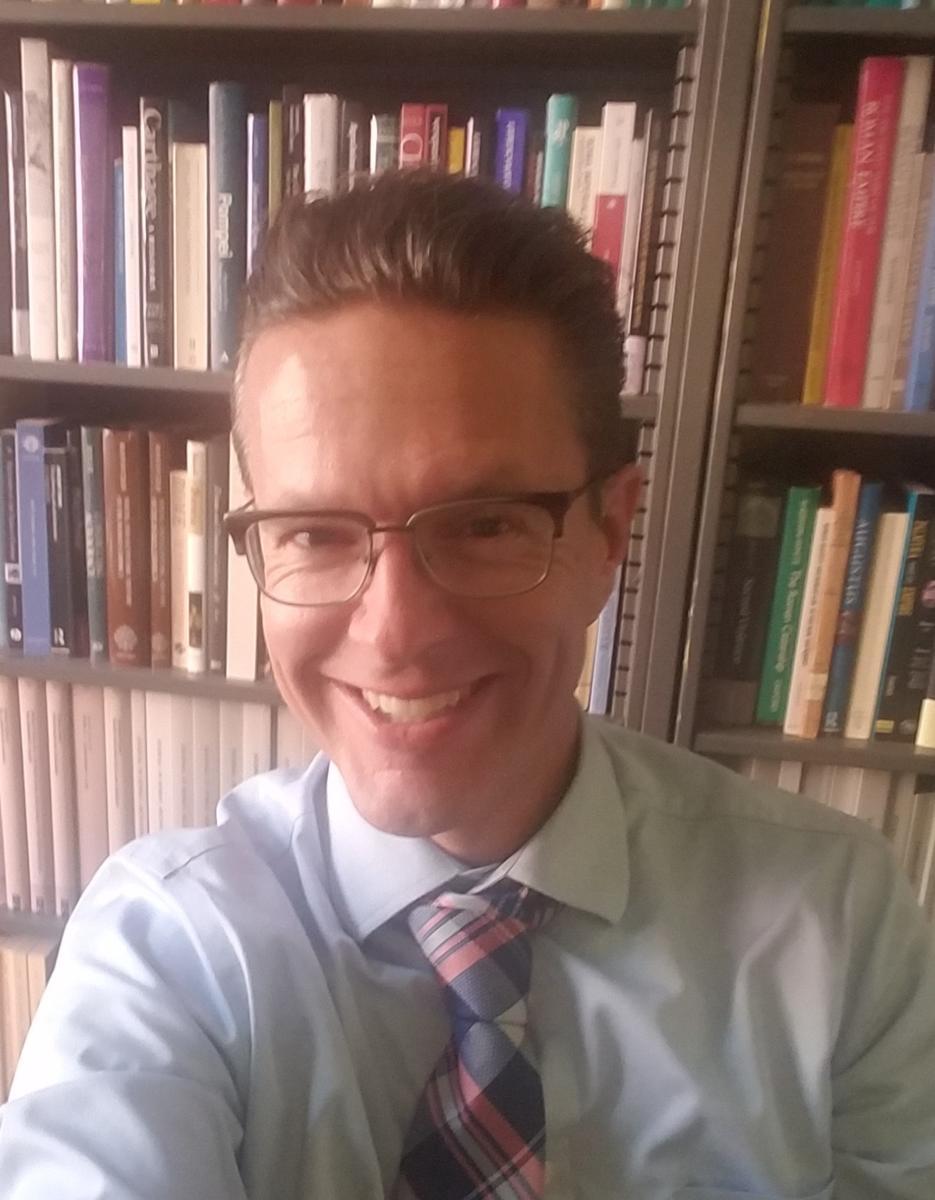