Gene Adam Brucker, Shepard Professor of History Emeritus at the University of California, Berkeley, died peacefully at the age of 92 in hospice care at Bayside Park Center, Emeryville, California. Brucker is widely credited with having launched a new approach to the Florentine Renaissance as a leader of a cohort of influential historians studying the society and institutions of a city best known for its artistic monuments and literary lights.

As a committed citizen of his department and the university, he joined a group of younger faculty who beginning in the 1960s—in the midst of turmoil on the Berkeley campus—transformed the History Department at Berkeley into one of the most renowned and prestigious in the world. Among many other appointments, he served as chair of his department (1969–72), chair of the Academic Senate (1984–86) and on his retirement in 1991 was awarded the Berkeley Citation granted to a select few individuals for their contributions to the Berkeley campus.

His professional engagements were wide-ranging. He was a member of the Institute for Advanced Study in Princeton; elected, in 1979, to the American Academy of Arts and Sciences; President of the Renaissance Society of America which gave him its lifetime achievement award in 2000. His research in Italy was supported by Fulbright, Guggenheim, and ACLS fellowships, and he was a Fellow and later Acting Director at Villa I Tatti of the Harvard Center for Italian Renaissance Studies in Florence.

Brucker liked to say that the only laws of history are unpredictability and contingency. The improbability of his career is a case in point. He was born in rural Cropsey, Illinois in 1924, attended a one-room schoolhouse in the depths of the Depression, and when his father conceded that he was not suited to farming, enrolled in the University of Illinois, one of the first in the large Brucker clan to go to college. In his freshman, shortly after the attack at Pearl Harbor, he enlisted in the army and in 1944 shipped out to Europe where he was assigned to a transport equipment depot in Marseille; after VE Day his unit was in transit to Japan (aboard the erstwhile luxury liner SS Lurline) to Japan when they received news of the bombing of Hiroshima.

Returning to the University Illinois in 1946, he completed his B.A. in History and in 1948 earned his M.A. with a master's thesis on Jean-Sylvain Bailly, the polymath mayor of Paris during the first years of the French Revolution. This was his first and most unexpected publication by the University of Illinois Press.

Brucker's mentor at Illinois, Professor Ray Stearns, urged him to apply for a Rhodes Scholarship which, against all odds, he won for study and a Bachelor of Letters degree at Wadham College, Oxford. If the muse of history had played straight he would have become a historian of France or England. Instead, he was drawn to the history of Renaissance Italy with, at best, a smattering of Italian and the encouragement of an eccentric Italophile tutor, Cecilia Mary Ady who, nearing retirement, must have been surprised by the innocence of this young colonial.

From Oxford and an essay on Machiavelli, Brucker went to Princeton, where, in 1954, he earned a Ph.D. for a dissertation on fourteenth-century Florence under the direction of Joseph Strayer and Theodor Mommsen, one of the German refugees whose broad and deep learning transformed the writing of European history in the New World. Fresh from Princeton and a stranger in the West, he arrived at Cal as an acting instructor in 1954 and taught at Berkeley, though courted by other universities, until his retirement in 1991.

In two major books, Florentine Society and Politics, 1343-1378 (Princeton University Press, 1962) and The Civic World of Renaissance Florence (Princeton University Press, 1977) Brucker wrote what remains the most detailed account in any language of the ways in which late medieval Florence, a commercial city divided by factional and class strife, became the political, economic and cultural powerhouse of the Renaissance. Beginning with Jacob Burckhardt's classic nineteenth-century study of the "civilization of the Renaissance in Italy" previous accounts had largely relied on chronicles, historical narratives, and literary works. Brucker explored instead the day-to-day affairs of Florence and the Florentines, drawing on the city's unparalleled archives despite several floods, including the major flood in 1966. The deliberations of city magistrates, notarial copies of testaments and property transactions, the records of religious institutions, judicial proceedings, diplomatic correspondence, and the private letters, journals and tax declarations of citizens survive from fourteenth and fifteenth-century Florence to a degree rarely found elsewhere in the world before the seventeenth century.

Documents others might have passed over as routine or dry-as-dust Brucker mined with an unerring eye for discovery and the utter concentration demanded by vast series of documents, the mere contemplation of which would have struck terror in other hearts. For all his exacting research, he never lost sight of major questions about changes over time in class structure, the growth of bureaucracy, religious attitudes, relations between the sexes, oligarchic as opposed to democratic and tyrannical government, factional allegiance, feudalism, family structure, economic prosperity and social welfare in Florence. He understood that the answers to these questions needed to be constructed from what survives of the experiences of thousands upon thousands of individuals, individuals whose voices, as transcribed from contemporary documents, peppered the pages of his books.

In nine other books, more than thirty articles, and countless book reviews Brucker extended and, with unstinting generosity, shared his sense of the past and his passion for Florentine history with any number of scholars, students, and anyone looking for a good Renaissance read. English readers can sample the sort of Florentine documents that Brucker worked with in two books of translations, Two Memoirs of Renaissance Florence (Harper and Row, 1967) and The Society of Renaissance Florence (Harper Torchbook, 1971). Brucker also wrote two surveys of Florentine history. His Renaissance Florence (1969; reprint University of California Press, 1983) describes in full detail a world of which only brilliant glimpses are preserved in the frescoes of Masaccio and Ghirlandaio. Brucker's Florence in the Golden Age, 1138-1737 (1983, translated from the published Italian text) is a vividly illustrated volume on the broad phases of Florentine history from the high middle ages down to the Enlightenment.

Friends joked that his most popular book would have to be made into a movie. Brucker came to write Giovanni and Lusanna: Love and Marriage in Renaissance Florence (University of California Press, 1986) through another unforeseen turn of events. Over lunch at Villa I Tatti, the Harvard Center for Italian Renaissance Studies in Florence, he happened to tell the company about some documents he had found concerning a fifteenth-century love affair gone sour. George Weidenfeld, the British publisher, was there, and on the spot he urged Brucker to write a book about it. Brucker's wife Marion egged him on, and in the end, as he would say, he wrote the book as a kind of "love offering" for her. The book tells the poignant story of an affair between a beautiful young woman and a young patrician of a higher social class. According to her account, the young man offered her a ring after her husband died and they were surreptitiously married. When the young man publicly married a young woman of his own class a few years later, Lusanna brought suit to have the second marriage annulled. According to Giovanni's account, she was a loose woman, an adulteress who had begun the affair while her husband was alive and there was no valid proof of his marriage. Brucker's deep knowledge of the neighborhood in which the affair took place, of the families that were involved, and of the ways in which Florentines wooed and wed each other meant he could turn the court records and the statements of the witnesses into a tale as remarkable for feelings it still arouses as for what it says about life in the Renaissance.

Gene Brucker's generosity, modesty, and sense of community extended to colleagues who sometimes disagreed with him in the competitive world of Florentine studies. His students treasured him not only for what they learned from him but for his letters and steady concern for their personal lives and careers long after they left Berkeley.

Jonathan Dewald, a distinguished historian of early modern France who studied with him in the late 1960s and early 70s, wrote as news of his death was shared in a long thread of many emails, "Probably all of us from those years got a more free-range education than was typical before or since. ... In those circumstances, what mattered to me about Gene was ... what he showed us about how an academic life ought to be lived that started with his kindness and openness but also included his absolute commitment to what we were doing at a time when that wasn't always easy to do." Many of his students remarked on his willingness to let them find their own way and to let his own vulnerabilities be seen. William Connell, La Motta Chair, Seton Hall University, remembers waiting in the hall to see Brucker during office hours while, with the office door open, a tearful undergrad asked for an extension on a paper because her mother had died. "When she left, and I went in, Gene was crying with tears running full down his face." Cynthia Polecritti, UC Santa Cruz, tells how in Florence, "[H]e told us to keep our windows open in the summer night so that we could hear the nightingales sing." Dale Kent and Lisa Kaborycha recalled countless occasions when they could rely on Gene for counsel, support, and friendship.

"If he read the accolades," wrote Brucker's daughter Wendy, "he would have brushed them off in his usual way and quickly turned the subject to something else.... Those who knew him will nod their heads and those who didn't will wish they had."

Brucker loved baseball and played regularly on the History Department's softball team in the 1970s and 80s. He was a lifelong and long-suffering Chicago Cubs fan and in a capping improbability lived to celebrate them as World Series Champions. He can be heard in his own voice in the oral history recorded by the Regional Oral History Office.

Gene Brucker is survived by a son Mark Brucker and two daughters, Francesca Donig and Wendy Brucker, and his first wife Patricia Brucker; his stepchildren Matthew and Charlotte Skinner Dobson; and Matthew's wife Carla and their children, William and Vivian Skinner. 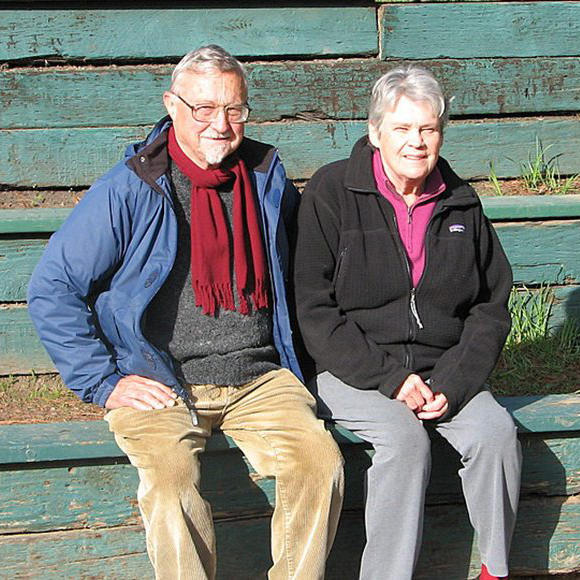