I moved to Berkeley in 2000 having previously studied and taught at the University of Manchester since 1984. I am a historian of modern Britain with broad comparative and theoretical interests in the relationship between local, national, imperial and global histories.

Trained as a political historian of nineteenth century Britain, my first publications — Politics and the People (1993) and an edited collection of essays Re-Reading the Constitution (1996) — helped to outline an agenda for what a cultural history of British politics might look like. In particular, they addressed the cultural practices and forms of subjectivity upon which the British version of democracy relied during the nineteenth century. My next book, Hunger. A Modern History (2007), explored how and why hunger came to be understood as a problem that had to be addressed in imperial Britain. It was also an attempt to imagine what social history and histories of welfare might look like after the cultural and imperial turns.

A collection of essays, The Peculiarities of Liberal Modernity in Imperial Britain, co-edited with Simon Gunn in honor of our graduate adviser Patrick Joyce, was published in 2011. My next book, Distant Strangers. How Britain Became Modern (2014), sought to develop an account of modernity rooted in singular social conditions rather than the logic of capitalism. In 2017 I published the fourth and final volume of a Cambridge History of Britain series of textbooks, Modern Britain, 1750 to the Present. It outlines how Britain arrived at its nasty neoliberal, post-Brexit, present by tracing the rise, fall and reinvention of liberal political economy since the eighteenth century.  It is also seeks to show how the history of modern Britain was indelibly shaped by slavery and imperialism as well as by global processes beyond its control.  I am now working on a new book about the transformation of Britain and its place in the world since the 1940s told through Heathrow Airport.

I am editor of the Berkeley Series in British Studies published by the University of California Press and am always looking out for new authors and projects to work on. Please get in touch if you are interested in publishing in the series.

Although I have not won nearly enough prestigious fellowships or prizes, my research has been supported by the British Academy, the ESRC, the ACLS, the NEH and the Guggenheim Foundation.

I chair the Berkeley Faculty Association the closest thing we have to a faculty union and am broadly interested in the neoliberal transformation of higher education and its consequences for us all.

"People's Park and the future of the public university" Verso Blog, 22 August 2022

“The making of the neoliberal university in Britain” Critical Historical Studies, 7, 2 (2018):

"More secondary modern than post-modern: Patrick Joyce and the peculiarities of liberal modernity in Britain" Journal of Social and Cultural History 14 (September 2016)

"Who will pay for the University of California?"  Sacramento Bee, 16 November 2014.

(with Colleen Lye) "The Erosion of Faculty Rights" The Chronicle of Higher Education, 19 May 2014

"Open online courses — an avalanche that might just get stopped" The Guardian, 30 April 2013

"Canary in the coalmine"  The Times Higher Education, 1 December 2011

co-ed (with Colleen Lye and Chris Newfield), "The Humanities and the Crisis of The Public University"  Representations, 116,1 (Fall 2011)

'Hunger, the social and states of welfare in imperial Britain' Occasions: Interdisciplinary Studies in the Humanties, 2 (2011)

"Facts on fees and the fallacies of 'fairness'"  OpenDemocracy.net, 19 December 2010

"School history gets the TV treatment"  The Guardian, 16 November 2010

"The End of the Public University in England"  Inside Higher Education, Blog, 27 October 2010.

"The Local, the Imperial and the Global: Repositioning Twentieth-century Britain and the Brief Life of its Social Democracy"  Twentieth Century British History, 21, 3 (2010), 404-418.

History 151C — Maker of the Modern World? Imperial Britain, 1750 to the Present

History 280B — After Empire

The Institute of Historical Research, London

The Making of the Modern World – Economic Literature

British Documents on the End of Empire 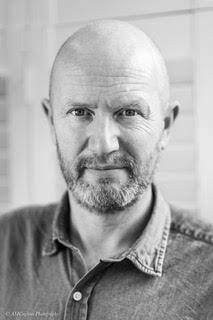