I specialize in the history of U.S. foreign relations, with an interest in the presidency, political development, war, strategy, and intelligence. My research and writing generally concerns the exercise of American power in the world, but I also focus on presidential power and the relationship between domestic politics and foreign affairs.

Provisionally entitled "Restoring the Presidency: A Reagan Revolution and the Iran-Contra Affair," my dissertation examines the intersection of domestic politics and foreign affairs that produced the Iran-Contra affair. It shows how the resulting crisis of the presidency transformed post-Cold War American government.
Visit my personal website for additional information and blog.

For the 2021-2022 calendar, I will be an America in the World Consortium Fellow at the Clements Center for National Security at the University of Texas at Austin.

Review of Why America Loses Wars: Limited War and US Strategy from the Korean War to the Present, by Donald Stoker, H-War, H-Net Reviews, August 2020.

Tisch Library Research Fellowship in the Humanities and the Arts

“Lawyers, Guns, and Money: The Contra War and American Political Order,” The Society of Historians of American Foreign Relations Annual Meeting, 2020 (cancelled due to COVID-19)

"Piercing the Teflon-Presidency: The Iran-Contra Affair and Presidential Power," The Pacific Coast Branch of the American Historical Association Annual Meeting, 2018

"'The Most Important Place in the World': Central America during the Reagan Era," The Society of Historians of American Foreign Relations Annual Meeting, 2018

"The Risky Business of Rollback: Anti-Communist Americans, the Contra War, and the Reagan Doctrine," The Society of Historians of American Foreign Relations Annual Meeting, 2017

"The Ills of Democracy: The Ronald Reagan Administration and Chile's Transition to Democracy," The New England Council of Latin American Studies Annual Meeting, 2015 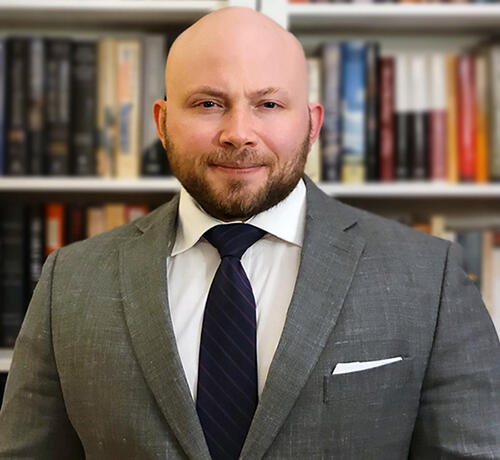