Michael Nylan 戴梅可generally writes in three disciplines: the early empires in China, philosophy, and art and archaeology.  Her current projects include a reconstruction of a Han-era Documents classic (submitted to press; under review); a general-interest study of the "Four Fathers of History" (Herodotus, Thucydides, Sima Qian, and Ban Gu), which is nearly done, and a study of the politics of the common good in early China tentatively entitled The Air We Breathe.  Recent published books include Chang'an 26 BCE: an Augustan age in China, with substantive comparisons to Rome and the Roman empire; The Chinese Pleasure Book; and two translations, of Yang Xiong's Fayan and The Art of War.

Early China and its modern reception: Seven centuries of Warring States through Eastern Han (475 BC–AD 220), with an emphasis on sociopolitical context; aesthetic theories and material culture; and cosmological belief; gender history and the history of such emotions as "daring" and "salutary fear" (aka prudential caution).

My new research is on the Four Fathers of History (Herodotus, Thucydides, Sima Qian, and Ban Gu); on the distinctive sociopolitical and culture conditions for classical learning in the two Han dynasties; and on "the politics of the common good" in early China.

Cambridge University (Oriental Studies) and the Institute of Archaeology (Beijing)

"Calligraphy: The Sacred Test and Text of Culture," Calligraphy and Context, ed. Cary Liu and Dora Ching (Princeton, The Art Museum, Princeton University, 1999), 1-42. An abbreviated version of this appears under the title “The Early Aesthetic Values of Writing and Calligraphy,”Oriental Art46.5 (2000), 19-29, a special edition devoted to calligraphy.

"Childhood, Formal Education, and Ideology in China," in Beyond the Century of the Child: Cultural History and Developmental Psychology, ed. Willem Koops and Michael Zuckerman (Philadelphia: University of Pennsylvania Press, 2003, pp. 137-55.

"Addicted to Antiquity (nigu 泥古): A Brief History of the Wu Family Shrines, 150-1961 CE," Recarving China's Past: Art, Archaeology, and Architecture of the "Wu Family Shrines," ed. Cary Y. Liu, Michael Nylan, and Anthony Barbieri-Low (Princeton: Princeton University Art Museum, 2005). This essay has been translated into Japanese and it will appear in vol. 34 of Bukkyo daigaku daigakuin kiyo.

four chapters in the supplement to The Cambridge History of China to be published by CUP; one on domestic life in early China (Warring States through Six Dynasties period); one on rhetoric in mid-Han (100 BCE-100 CE); one on the physics of qi in relation to cosmological conceptions; and one, co-authored, on the archaeology of the "outlying lands."

"The Many Faces of the Duke of Zhou," Statecraft and Classical Learning: The Rituals of Zhou in East Asian History, eds. Benjamin Elman and Martin Kern (Leiden: Brill, 2009), pp. 94-128.

"Till Death Do Us Part (Qihuai bisi) in the Classical Era (323 BCE-316 CE)," in The Family Model in China (Princeton University Art Museum).

"Review essay, On Christian de Pee, The Writing of Weddings in Middle-Period China: Text and Ritual Practice in the Eighth through the Fourteenth Centuries" (to be published in Philosophy East and West 60:2 (April, 2010).

[in press] "Han Views of the Qin Legacy and the Late Western Han 'Classical Turn'," in Bulletin of the Museum of Far Eastern Antiquities 79 [next issue, Dec. 2013].

[in press]: Logical Connectives in the Huainanzi," Text and Context: New Perspectives on the Huainanzi, ed. Michael Puett and Sarah Queen (Brill, 2011).

[accepted] "Feminist/Confucian: A Search for Dignity," Journal of World Religions (editor David Rounds). [A longer version of this will appear as a book from Open Court, in 2011].

[accepted] "At Table: Readings and Misreadings of Funerary Banquets in Tombs," for a volume edited by Catherine Draycott (Oxford) for the Colloquia Antiqua Series, Peeters Publishers (Leuven).

[accepted] "Yang Xiong's 揚雄Final Fayan 法言Chapter, rhetoric to what end and for whom?" for a forthcoming volume to be edited by Garret Olberding [under review at Harvard East Asian Monograph Series].

[accepted]: "Lots of Pleasure, Little Happiness," for a volume edited by Timothy O'Leary (University of Hong Kong), on the good life in classical Greece and early China

[accepted]: "The Classical Master in Yang Xiong's 揚雄 Exemplary Figures (Fayan 法言): An Inquiry and a Speculation," for a volume to be edited by Dirk Meyer and Joachim Gentz on rhetoric in early China. 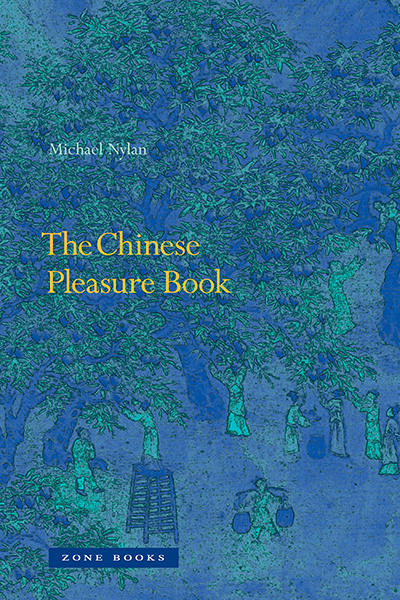