From Berkeley to Madrid: Remembering Richard Herr, Distinguished Scholar of the History of Spain 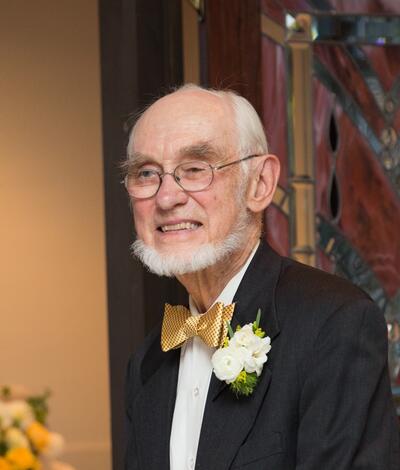 On September 29th, the late Richard “Dick” Herr, Professor Emeritus of History at UC Berkeley, was honored with a celebration of his life by the Real Academia de la Historia in Madrid. The memorial was presided over by ​​Spanish First Vice President Nadia Calviño and the director of the Royal Academy of History, Carmen Iglesias. Herr, who had dedicated much of his life to the study of 18th- and 19th-century Spain and France, passed away on May 29, 2022, at the age of 100. In the Academia’s tribute, Herr was remembered by Carmen Iglesias as “the great Hispanist…[who] contributed to the destruction of several of the stereotypes about the modern and contemporary history of our country.” Other speakers included former students and Spanish colleagues, as well as two of Herr's children. Vice President Calviño concluded the event by describing the celebration as “an act of homage, of recognition, of gratitude…and above all, an act of love…of reciprocal love between [Herr] and his family and our country.” 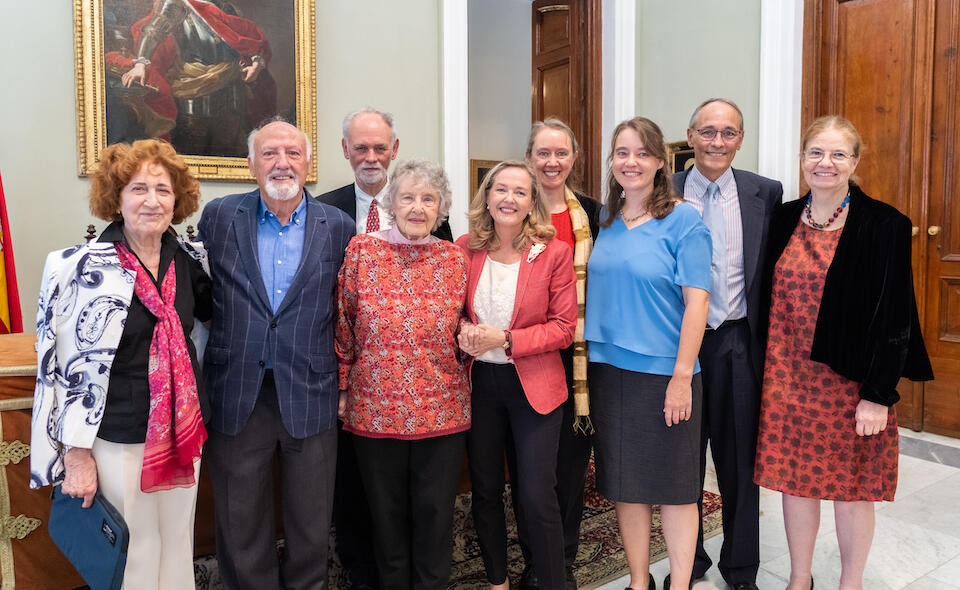 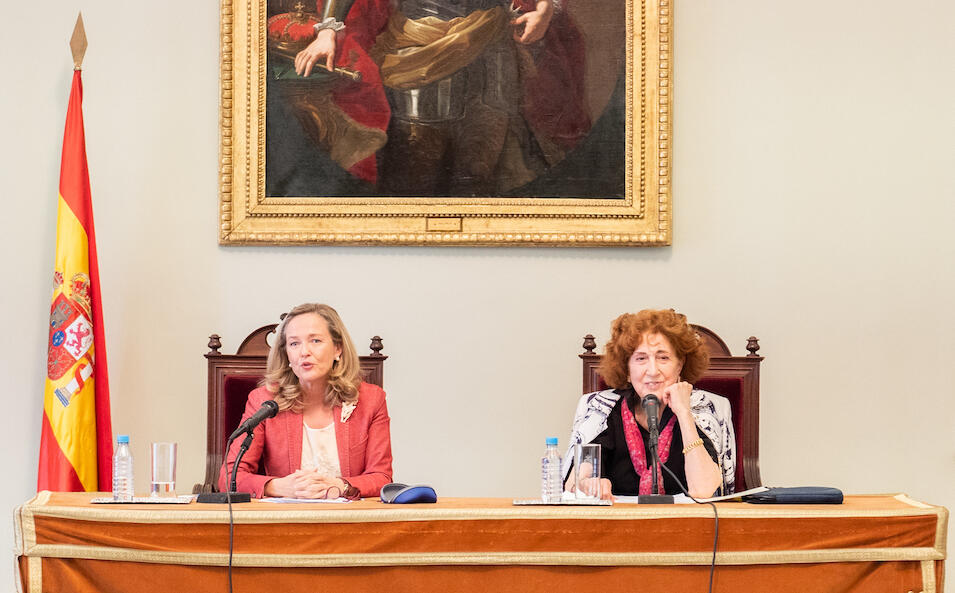 Herr was born on April 7, 1922, and spent his childhood in Guanajuato, a mining district in central Mexico, before attending high school in Cincinnati and earning his bachelor’s degree at Harvard. After serving in World War II and studying history for a year at the Sorbonne, Herr trained for his graduate degree at the University of Chicago, where he was mentored by the distinguished scholars of the Enlightenment, Louis Gottschalk and Robert Palmer. He received his Ph.D. in History in 1954.

In 1960, Herr joined the UC Berkeley community as an Associate Professor of History. During his early years, he supported students during the Free Speech Movement and engaged in campus-wide educational reform efforts. Herr went on to serve in numerous roles of leadership. Most notably, he was at the heart of building the campus’s distinguished program in Spanish and Portuguese Studies, serving as chair of the Iberian Studies Group before his retirement in 1991, then returning to chair the Portuguese Studies Program and the Spanish Studies Program. He remained a warmly welcomed presence in the communities of the Department of History and the Department of Spanish and Portuguese into his late nineties. For years, even after retirement, Herr taught World History to hundreds of undergraduates. His outstanding career and legacy earned him the Berkeley Citation when he retired.

Herr’s first book, The Eighteenth-Century Revolution in Spain(1954), was praised by John Elliot as “the best general account in English of the condition of eighteenth-century Spain.” Other works include the monographs Tocqueville and the Old Regime (1962), An Historical Essay on Modern Spain (1974), Rural Change and Royal Finances in Spain at the End of the Old Regime (1989), and Separate but Equal? Individual and Community Since the Enlightenment(2016). His works were enthusiastically received in the United States and abroad, cementing Herr’s reputation as one of the most respected students of Iberian history on both sides of the Atlantic.

Widely respected in his field, Herr was awarded two Guggenheim Foundation Fellowships, received the American Historical Association’s Leo Gershoy Award for his contributions to Western European History in the 17th and 18th centuries, and was elected to both the American Academy of Arts and Sciences and the American Philosophical Society. He was the longest serving corresponding member of the Spanish Real Academia de la Historia. Other international honors included an honorary degree from the Universidad de Alcalá de Henares, a Bronze Medal from the Collège de France, election as Comendador of the Order of Isabel la Católica, and the Encomienda de Número, Orden del Mérito Civil of Spain.

Herr and his wife Valerie, a Berkeley alumna and fellow educator, centered their joint lives in Berkeley and Spain, nurturing longstanding connections with both communities. Along with his wife, Herr entertained UC Education Abroad students in Madrid, graduate students at home, and European Hispanists who visited the Bay Area. As Professors Emeriti Martin Jay and Paula Fass noted, “His admirable ability to write history on both the macro and micro levels was matched by his living a life at once restlessly cosmopolitan and yet rooted in the localities he loved.” Professor Maria Mavroudi adds, “Part of Dick's legacy is his civic mindedness and openness to life experiences that make one not simply a better historian but a better human being.” Earlier this year, Herr celebrated his centenary with well-wishes from family and friends around the world.

In addition to his deep impact as a respected teacher, scholar, and historian, Herr is remembered for his sense of humor, warm spirit, and generosity. His legacy lives on with the Richard and Valerie Herr Graduate Student Support Fund in History. History Chair Cathryn Carson writes: “Dick, Valerie, and their family have been a treasured part of the Berkeley History community for decades. We honor Dick with our open hearts and open minds.”

A celebration of Richard Herr’s life is currently being organized by the Herr family to take place on the UC Berkeley campus next spring. The History Department will share more details as they become available.