Sheldon Rothblatt is a renowned scholar of British and European history, and his research centers on the history of universities in relation to society and culture, the history of campus planning and architecture, urban culture, intellectuals, scientists and professions and the history of liberal learning in the US, Britain and Continental Europe. At Berkeley he served as Chair of the Department of History, as well as Assistant and Associate Dean for Student Services and Dean of the Division of Freshman and Sophomore Studies in the College of Letters and Science and also as Chair of the Committee on Committees of the Berkeley Division of the Academic Senate.

Sheldon Rothblatt was educated at the University of California, Berkeley and King's College, Cambridge University, where he was the Ehrman Student. He was elected to Phi Beta Kappa in 1956, served in the U.S. Army, and received his PhD from Berkeley in January 1965. He taught Modern British and European history at Berkeley from 1963 until retirement. He is now Professor Emeritus. He has taught courses in the comparative history of universities at Stanford, New York University, Columbia Teachers College, the universities of Oslo, Vienna and Monash (Australia) and served as STINT Professor of University History at the Royal Institute of Technology in Stockholm from 1996-1999. He also taught undergraduate courses at Samford University in Birmingham, AL. He taught European intellectual and cultural history at the Fromm Institute for Lifelong Learning on the campus of the University of San Francisco for twenty years.

He has held fellowships from the Guggenheim Foundation, the Social Sciences Research Council, the American Council of Learned Societies, the Davis Center at Princeton University, Nuffield College, Oxford University, the Japan Society for the Advancement of Science, and the Swedish Collegium for Advanced Studies in the Social Sciences. He has also been a Scholar in Residence at the Rockefeller Foundation, Villa Serbelloni, Bellagio, Italy. He is a Fellow of the Royal Historical Society of Britain, a Fellow of the Royal Society of Arts, a Permanent Fellow of the Society for Research in Higher Education (UK), a Member of the National Academy of Education and a Foreign Member of the Royal Swedish Academy of Sciences. He received the Berkeley Citation for "distinguished achievement and notable service to the University" in May 1996. He holds an honorary degree from Gothenburg University in Sweden. in 1989 he gave the Sidney Warhaft Memorial Lecture at the University of Manitoba, Canada. In 2002 he gave the first annual Hans Rausing Lecture at Uppsala University, and in May 2004 he was the Bishop Waynfleet Lecturer at Magdalen College, Oxford University. He was the Sir Douglas Robb Lecturer for 2008 at the University of Auckland in New Zeland.  He is a Berkeley Fellow and was knighted by the Swedish king as Knight Commander of the Royal Order of the Polar Star, Sweden's highest honor for foreigners other than heads of state. 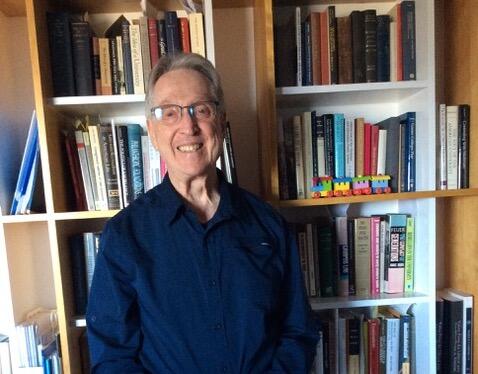